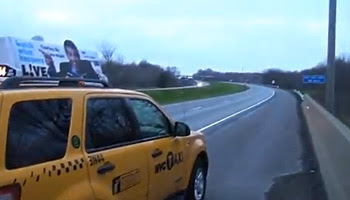 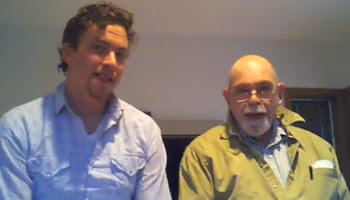 I find this story to be interesting-that's something I would definitely try. Very adventurous.
NEW YORK (1010 WINS)
"— Just a month after an undercover investigation showed taxi drivers refusing fares headed to the outer boroughs, one New York City cabbie agreed to drive his passengers across the country — to Los Angeles.
John Belitsky, the son of a former NYC cab driver, and his friend Dan Wuebben decided to try something they thought "would be a lot of fun."
"I put the idea to my father, who was a former New York City cabbie, and he told me he didn't think I could pull it off," Belitsky told 1010 WINS' Justin Schrager Thursday afternoon. "So I became really focused on pulling it off, and we did. We did in short order, as well." The two men traveled to LaGuardia Airport and inquired about having a cabbie drive them to Los Angeles in exchange for $5,000. Belitsky's father thought nobody would take the deal, but he turned out to be wrong.
Belitsky said driver Mohammed Alam first suggested he take a flight before stepping up and deciding "he would do it."
Belitsky, Alam and Wuebben were approximately 400 miles from Los Angeles on Thursday afternoon and expected to complete their journey before Friday morning. The men embarked on the cross-country trip around 11 p.m. Saturday night. So how is the cabbie holding up after so much driving? Alam told 1010 WINS he simply likes to drive.
"Nothing bothering for me. Little tired, I feel good. No problem at all," he said. As they moved ever closer to their destination, Belitsky said they had been able to take in the beautiful sites and scenes of the country, which included a stop at the Grand Canyon.
"That was inexplicably beautiful and mysterious and incredible," he said. Alam also called his experience at the Grand Canyon "really beautiful and great." He is also hoping to visit Universal Studios and many other sites in Los Angeles.
"I'm from Bangladesh. When I was young, it was my dream — one day I will go to Universal Studios," Alam said. Belitsky said that he didn't spend a lot of time planning on how to go about his goal, but "became really focused on pulling it off" after his father expressed doubts.
"It was just a really, kind of beautifully strange thing. So we did it. I really don't think it's that crazy either," he said. Friends have called and emailed Belitsky, expressing that they thought his journey was crazy and outlandish.
"A week of my life if I wanted to go on a vacation on a Carnival cruise ride, I'd be sitting on a ship in a floating prison having no fun at all," Belitsky joked. When asked what his favorite part of the entire trip has been, Belitsky cited "people's reactions." "You'll go inside to a gas station and the place will just erupt when they see this cab," he said. Belitsky is still unsure of his plans once he gets to California. Cab Driver Alam plans to meet up with a friend from Queens who flew to Los Angeles and will drive back to New York City with him.
As for Alam's message for his fellow cab drivers? "Nothing is impossible in this world. We can do everything whatever we want," he said. "
Posted by P_LOCA at Sunday, April 24, 2011 No comments: Links to this post

I finally created a YouTube account-why? because of Mr. Rapper here. I never cared to have an account ..but then again I like to record funny moments and take weird pictures of others so why not right? We all know how crazy the public transportation can be let alone some of the passengers-I think at the end of the day some can make your day better and some worst.... Now the A, C and the E train always have something crazy going on-especially the A and the C. t's either bumms acting crazy, little hoodlums, or just plain crazy ass people. This time I got one. I caught this "rapper" showing his "talent" on the A line last night/early this morning. This is very funny. Hope you enjoy this :-)
Posted by P_LOCA at Saturday, April 23, 2011 No comments: Links to this post

Some things I'd like to know...Can someone please help me!

This post may not be a positive one and maybe not what some of you might expect but whatever! This is a post to the greedy-nasty-gossip-hunger-hatin'-no life losers that have nothing better to do with their patethic life..you know the ones that rather gossip about other people's business rather taking c are of their child...their fucked-up homes....yeah those! 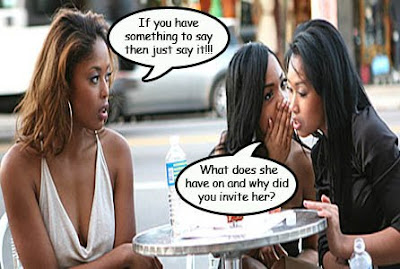 I can never understand why some females hate on each other, ESPECIALLY (yes I'll say it) the black females?!

They either don't like the person because they have nothing going for themselves or want to have the person's life..they even hate because they're just plain stupid!

One thing I can't stand, is someone who likes drama and their life is all about that. Come on people if that's all you're all about then... 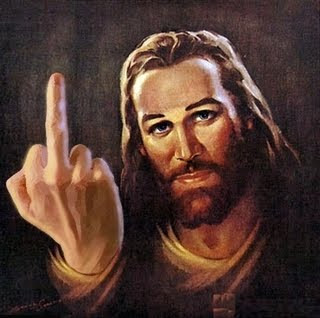 God don't like ugly (it's so cliche at the same time so fucking true)
I can't stand the negative folks around me, it's too bad I have to be around them-the fake Christians, fake ass people who pretend to care about you but ain't worth shit!
I rather have few REAL friends than a lot of faux "friends".
I'm done venting now! :-)
Posted by P_LOCA at Wednesday, April 06, 2011 No comments: Links to this post

Traveling...Need to be around more

Check out my other interests